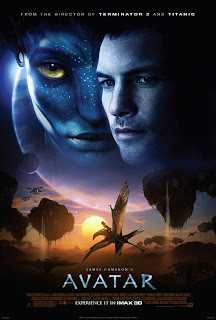 In 1998, James Cameron helmed Titanic, a film of ginormous proportions – both literally and figuratively. Titanic earned $1.8 billion and became the highest-grossing film of all time. Unlike box-office hits of the late like Spider-Man and Transformers, Titanic was well-received by critics and the international press. Its winning streak went all the way to the Academy Awards, collecting 11 Oscars including Best Picture and Best Director.

If you were James Cameron, how can you top that? Rather, can you ever top that? It must have been hard for the King of the World to stage a comeback that it took him a decade to return to the director’s chair. Avatar was conceptualized even before Titanic, but the technical requirements of the project made the production impossible. James Cameron wasn’t resting on his laurels because all this time, he has been preparing the technology and the infrastructure that will turn his larger-than-life vision into reality.

Avatar is a gorgeous film. It is set in Pandora, a fictitious planet of lush and greens. Although Pandora is just a product of the imagination, it is rich in life and detail. The place felt authentic. The magic of James Cameron’s filmmaking proficiency is definitely at work here. He puts digital 3D to maximum use and rejuvenates the need to watch movies on the big screen for an immersive experience. What’s great about Pandora is that it’s nothing like we imagined. It’s complete with bioluminescent flora, peculiar wildlife, and even alien traditions.

Aside form the visual marvel the film provides, its best achievement is infusing human emotions to the computer-generated characters. Although Zoe Saldana, Sam Worthington, and Sigourney Weaver have been turned to 10-foot tall, blue-skinned humanoids called Na’Vi, their expressions, mannerisms, and speech inflections aren’t any less human - all thanks to performance capture.

At three hours long, the script could have been tighter. Compared to recent special effects-heavy blockbusters, there isn’t anything particularly amusing or novel about the story. Moviegoers will be in awe upon seeing the visuals, but Avatar’s storyline is as generic as any run-of-the-mill sci-fi flick could get.

So can James Cameron ever top Titanic? Maybe. But not with Avatar.