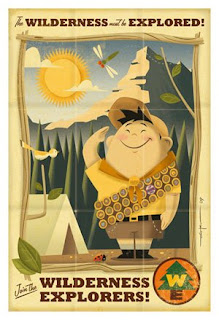 THE GIST: An old man fulfills his promise to his deceased wife to go on an adventure to the proverbial Paradise Falls in South America. So he ties gazillions of balloons to his old house. What he doesn’t know is that a young Wilderness Explorer tags along for the ride of their lives.

VARIETY SAYS: [Up] could easily have been cloying, but instead proves disarming in its deep reserves of narrative imagination and surprise, as well as its poignant thematic balance of dreams deferred and dreams fulfilled.

I SAY: Last year’s “Wall-E” is a tough act to follow. In 2008, Pixar showed us that animated features are not only cute. They can also impart lessons that have societal and ecological resonance. “Up”, on the other hand, is purely heart and adventure. It’s also cute, comedic, and exciting. But it’s miles away from the complexity and social relevance of “Wall-E”. “Up” is just ok, not brilliant.
4 comments 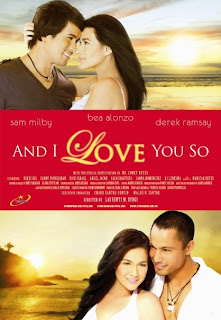 Star Cinema has produced the biggest romantic blockbusters of the late. Although there is no exact science in determining what makes moviegoers tick, the studio’s success is definitely not a product of plain luck or chance. They possess the formula that will make the audience swoon, laugh, and cry in a heartbeat. Because of this, we often get romantic films that follow the same template as their predecessors. In “And I Love You So”, director Laurenti Dyogi seemed to have made a checklist of the requirements of a romantic film fit to be a box-office darling. Big stars: check. Humor: check. Family drama: check. Cheesy lines: check, check, check!

The fairy tale marriage of Lara (Bea Alonzo) and Oliver (Derek Ramsay) is abruptly put to a halt when the latter died of aneurysm only five months after they rang the wedding bells. Aside from coping with the loss of her husband, the young widow also faces financial hurdles. She can’t pay for the lease of her pre-school, so she is forced to rent out her condo unit. That’s how she met Chris (Sam Milby), her tenant, who also ‘lost’ his better half.

Through chance encounters, the two eventually become close. Chris keeps on urging Lara to let loose, live her life, and step out of the shadows of her deceased husband. So he asks her to write all the activities she thinks she cannot do by herself. Her list includes watching a movie, dining in a resto, parking her Forrester, and going out of town. Chris accompanies her to be ‘alone’. Soon enough, the inevitable happens. The two find themselves slowly falling into the trappings of love. However, she feels guilty for being happy, thinking that it is wrong to replace Oliver in her life.

Sans the seemingly compulsory cheesy scenes, the script feels largely mature. It deals with issues that have more weight vis-à-vis the average teenage love affair. The characters are presented with difficult conflicts that reflect the harsh reality that not everything that makes us happy is worth keeping. Sometimes, we have to let go of the things we want and love even if it hurts us. In real life, we do not always get our happy endings.

But this isn’t real life. This is a Star Cinema movie, and feel-good endings seem to be one of the requirements in the filmmakers’ checklist. The film should have ended ten minutes before the credits rolled. However, hanging endings may not please the die-hard mainstream audience. Not that I’m against happy endings, but isn’t it better to let viewers decide for themselves what the outcome will be. In true Star Cinema fashion, the film ends with a bang – a grand gesture of self-humiliation to profess one’s true feelings of love. Romantic, maybe. Kinda stupid and unrealistic, yes.

Despite the filmmakers’ penchant for fairy tale endings, the film is still undeniably a genuine and mature love story. The formula has not worn off, but the affecting performances and strong script compensate for the flaws. Prepare to swoon, laugh, and cry at Direk Lauren’s baton.

THE GIST: Two days before Doug’s wedding, his gang takes him to Vegas for a bachelor party he’ll never forget or more aptly – a night they’ll never remember. The gang wakes up to a trashed Caesar’s Palace suite with an abandoned baby in the closet, Mike Tyson’s tiger in the bathroom, and Doug missing. Can they find Doug in time for his wedding?

ROLLING STONE SAYS: The Hangover ain't art, but Phillips has shaped the hardcore hilarity into the summer party movie of all our twisted dreams.

I SAY: “The Hangover” is solid, well paced, exciting, and hilarious. It’s like a crime investigation film wherein the detectives look for clues to solve the mystery. The difference is that there are no smart aleck detectives, just three whacked-out guys who can’t get their acts right.
Review: The Hangover (3/5)
2009-08-17T00:55:00-07:00
Fidel Antonio Medel
Bradley Cooper|Ed Helms|Film Logs|Heather Graham|Justin Bartha|las vegas|the hangover|todd phillips|Zach Galifianakis|
Comments 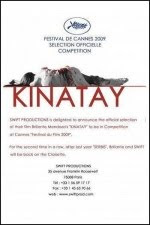 Brillante Mendoza accomplished what seasoned filmmakers and celebrated auteurs can only dream of. He competed in the most prestigious film festival in the world for two consecutive years – a feat not even the late Lino Brocka was able to achieve. The nine-member jury of the 2009 Cannes Film Festival honored this controversial Filipino director with the Best Director award (Prix de la mise en scène) for his graphic and disconcerting depiction of moral decay in “Kinatay”.

“Kinatay” is a slice-of-life drama that chronicles a man’s descent to the heart of evil. During the daytime sequences, Direk Dante explores the hustle and bustle of Manila’s city life – noisy and overcrowded yet cheerful and hopeful. We are introduced to the film’s protagonist, Peping (Coco Martin). We see the events transpire before him. He drops off his seven month old baby and ties the knot with his young fiancée (Mercedes Cabral). The next morning, he attends class in a police academy. Despite being poor and the tough times ahead, a bright future smiles on this young man. There is hope… or so it seems.

As darkness creeps in, Direk Dante drops the curtains to reveal a portrait of the teeming and frenetic slums. We see Peping help his acquaintance, Abyong (Jhong Hilario,) in collecting what seems like ‘kotong’ money from the street vendors of Quiapo. He is then invited to join an unnamed operation that promises a higher pay. Together with a bunch of hooligans, they pick up an aging prostitute named Madonna (Maria Isabel Lopez). She is gagged and pummeled to the floor by Sarge (John Regala) the moment she boarded the van. Apparently, Madonna owes Vic (Julio Diaz) a huge sum of money. Sarge and Vic are both policemen who get their hands dirty in the drug trade.

What follows is a prolonged nighttime drive. Inside the cramped van, Peping watches in awe as the helpless hooker gets beaten to a pulp. Since the van sequences are shot in real time, we start to feel discomfort and anxiety as we bear witness to such gruesome violence. We hear Madonna’s muffled cries slowly drowning in the soundscape of the busy city.

And then we reach the destination, a secluded safe house outside Metro Manila. Madonna is taken to the basement of the house where she is beaten, humiliated, raped, slain, and eventually hacked to pieces using blunt kitchen tools. Direk Dante’s strategic interplay of darkness and flickers of light amplifies the horror. We hear Madonna wailing and pleading for her life, followed by the sound of body parts cracking. Although the merciless deeds of the cold-blooded murderers are shrouded in the shadow, we are left to imagine scenarios that are far more terrifying. We recoil at the harrowing denunciation of sadism. We want to get out but like Peping, we are trapped.

But is Peping really trapped? Despite his unwillingness to take an active part in the crime, he could have run away. He could have reached the gun in his back pocket and kill everyone. But why would he do that? Madonna is a washed-up drug addict and prostitute. Is she worth the trouble?

“Kinatay” treads the path of grayscale morality. And so, Direk Dante challenges our conscience and asks difficult questions. If you were Peping, what could you have done? At a time when horrendous crimes are staples in the news, the corruption of people’s mores is like a plague that offers a future of no redemption.

“Kinatay” is a difficult film to watch not only because of the despicable subject matter but also because of the torturous signature style of Direk Dante – the unsteady camerawork, the foreboding darkness, and the occasional lull. But this film is not just a film, but an experience in itself. He invites us to walk in his character’s shoes, face the horror, and make some incredibly tough choices. That makes “Kinatay” exceptional. It is an effective thriller that not only portrays societal realities, but imparts an unforgettable experience that will haunt you like a nightmare you can’t wake up from. 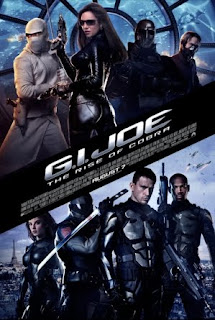 TAGLINE: When all else fails, they don’t.

THE GIST: When an arms dealer plans to terrorize the world using nanomite technology, the elite team of spies and military agents saves the world.

EMPIRE MAGAZINE SAYS: The moronic script and nonsensical plot are only good for a snicker.

I SAY: Are we even expecting a hint of depth and story in this flick? The script is pure blah (complete with WTF-worthy flashbacks), the jokes are lame (Wayans can’t do funny man), and the whole movie is a silly excuse to destroy the Eiffel Tower. Although the gizmos and weaponry are pretty darn awesome, the cartoony CGI really bothered me.
2 comments 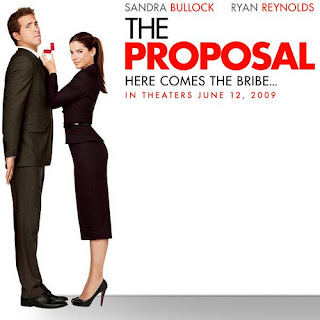 THE GIST: When the boss from hell faced deportation when her citizenship was put to question, she forced her assistant to marry her. Pressured by the Bureau of Immigration, the devil incarnate decided to meet his to-be-husband’s folks in Alaska to announce their engagement. You know what’s next. Some cheese topped with some good old lovin’.

DAILY EXPRESS SAYS: It is contrived and predictable, squandering the chemistry between co-stars Sandra Bullock and Ryan Reynolds as it creates lazy escapist entertainment that is forgotten as soon as the end credits have rolled.

I SAY: If you loathe Star Cinema’s formulaic rom-com’s, you would probably feel the same about this Hollywood film. Despite the charisma and chemistry of the leads, “The Proposal” is an inevitable failure. The jokes aren’t funny. Sandra Bullock’s character is a clone of Miranda Priestly of “The Devil Wears Prada”. And you can smell the ending miles away.
Review: The Proposal (2/5)
2009-08-03T00:53:00-07:00
Fidel Antonio Medel
Film Logs|ryan Reynolds|sandra bullock|the proposal|
Comments