THE LOVE OF SIAM (Thailand)
Rating: 3/5
Better off as a love story than a family melodrama. The Dekada Cinemanila crowd swooned over the brewing romance between these two Thai teenage boys with the same ‘kilig’ they poured on John Lloyd-Sarah or Edward-Bella, and the majority of the crowd is not even gay. I bet girls have this inexplicable fantasy of seeing two cute boys kiss. Fetish.

OLDBOY (Korea)
Rating: 3/5
After being locked up inside a seedy hotel room for 15 years without knowing the reason, Oh Dae-Su hunts down his captor and engages in a bloody spree of revenge. Twisted and unforgettable, “Oldboy” leaves us with morality questions. Beneath the gore and the violence lie dark truths about man’s nature.

PAPRIKA (Japan)
Rating: 2/5
This film is a visual parade of surrealistic imageries. It merges convoluted dreams into reality in a grim yet fizzy fashion. It is psychedelic and trippy. And the attacks on technology and man’s interference with privacy elevate the film from its apparent randomness. However, when the parade has passed, viewers will be left with nothing but a void.

ANDONG (Philippines)
Rating: 3/5
Cinemalaya 2008 Best Short Film is just lovely. A Payatas kid’s obsession with winning a TV through a baranggay lottery is stifled by his younger brother’s ‘bili mo ko’ attitude. Funny, touching, and feel-good. Smile and be thankful that you have a television at home, even if it’s not HD.
Bite-Size Reviews: Asian Cinema
2009-01-26T02:18:00-08:00
Fidel Antonio Medel
andong|Film Logs|milo tolentino|oldboy|paprika|park chan-wook|the blind pig who wants to fly|the love of siam|
Comments

The nominees for the 81st Academy Awards is already out. As usual, the announcement of nominations were met with raised eyebrows and shocked reactions. Continue reading to know this year’s Oscar snubs and surprises.

But this Oscar’s biggest surprise involves Kate Winslet. She may have won a Golden Globe for her intense portrayal as April Wheeler in “Revolutionary Road”, but Oscar doesn’t seem to give her any credit for it. Instead, the 5-time Oscar nominee nabs a Best Actress nod for her role in “The Reader”, where she recently won Best Supporting Actress in the Golden Globes. Ayokong isipin kung pano nangyari yun, pero magulo talaga ang rules ng Oscars at Golden Globes, so deadma na.

Meanwhile, Kate’s on-screen hubby in “Revolutionary Road” shared the same fate as her. Well, not exactly. For Best Actor, all we have are names of Richard Jenkins, Frank Langella, Sean Penn, Mickey Rourke, and Brad Pitt. No Leonardo DiCaprio in sight. Given the choice, I’ll take Brad’s name out and trade it with Leo’s.

More on “Revolutionary Road”. Everyone is raving about the performances of the “Titanic” superstars that they overlooked Michael Shannon who plays the mentally ill son of Kathy Bates, but not the Oscars. Michael Shannon receives a much-deserved Best Supporting Actor nomination.
Other surprises:
Sally Hawkins out, Melissa Leo in for Best Actress
Robert Downey Jr. for “Tropic Thunder” as Best Supporting Actor (Hurrah!)

And now, here is the complete list of nominees:

BEST PERFORMANCE BY AN ACTRESS IN A SUPPORTING ROLE
Amy Adams in “Doubt”
Penélope Cruz in “Vicky Cristina Barcelona”
Viola Davis in “Doubt”
Taraji P. Henson in “The Curious Case of Benjamin Button”
Marisa Tomei in “The Wrestler”

Catch the 81st Academy Awards on February 22. Which film and performances are you rooting for? My money is on “Slumdog Millionaire”, may angal?

2 - The Dark Knight
Rating: 94%
Dark, complex and unforgettable, The Dark Knight succeeds not just as an entertaining comic book film, but as a richly thrilling crime saga.

4 - U2 3D
Rating: 92%
3D transports the viewer to an intimate seat at a U2 performance, for an exhilarating musical experience at the price of a movie ticket.

5 - Hellboy II: The Golden Army
Rating: 88%
Del Toro crafts a stellar comic book sequel, boasting visuals that are as imaginative as the characters are endearing.

8 – Bolt
Rating: 85%
Bolt is a pleasant animated comedy that overcomes the story's familiarity with strong visuals and likable characters. 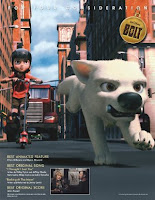 1 - Man On Wire
Rating: 100%
James Marsh's doc about artist Phililppe Petit's artful caper brings you every ounce of suspense that can be wrung from a man on a (suspended) wire.

3 - The Wrestler
Rating: 98%
Mickey Rourke gives a performance for the ages in The Wrestler, a richly affecting, heart-wrenching yet ultimately rewarding drama. 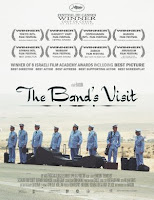 8 - Trouble the Water
Rating: 97%
This incredible documentary displays the tragedy and mismanagement of Katrina along with the heroism of strangers and survivors. 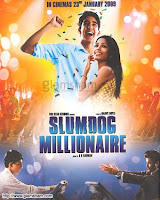 10 - My Winnipeg
Rating: 95%
My Winnipeg is a charmingly irreverent 'docu-fantasy' from the unpredictable mind of Guy Maddin. 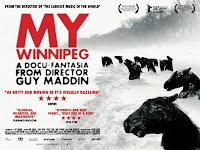 1 - One Missed Call
Tomatometer: 0%
One of the weakest entries in the J-horror remake sweepstakes, One Missed Call is undone by bland performances and shopworn shocks.

5 - Disaster Movie
Tomatometer: 2%
Returning to their seemingly bottomless well of flatulence humor, racial stereotypes, and stale pop culture gags, Friedberg and Seltzer have produced what is arguably their worst Movie yet.

9 - 88 Minutes
Tomatometer: 5%
88 Minutes is a shockingly inept psychological thriller that expertly squanders the talent at hand. 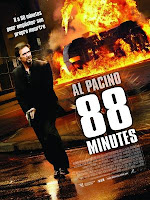 10 - The Hottie & the Nottie
Tomatometer: 5%
The Hottie and the Nottie is a crass, predictable, and ineptly staged gross-out comedy that serves little purpose beyond existing as another monument to Paris Hilton's vanity. 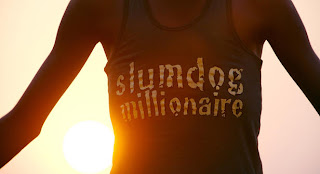 Jamal is an uneducated street kid. He works as a “chai wallah” (or tea server) in a call center company and lived practically his entire life in the slums. With this credentials, his only shot at a staggering 20 million-rupee cash pot is through the lottery or games of luck such as “Deal or No Deal” or “Wheel of Fortune”, but not on game shows that require intellectual prowess such as “Who Wants To Be A Millionaire”.

So after Jamal consistently gave correct answers to questions that covered the fields of poetry, mythology, history, cinema, and sports among others, the show’s host and producers were suspended in disbelief. They got him arrested and tortured on suspicion of cheating on national TV. To quote the unnamed cop who is cross-examining him, he said, “What the hell can a slumdog possibly know?” Jamal matter-of-factly remarked, “I knew the answers”. Of course he does. He does not only know the answers, he experienced them first-hand. It is as if every single unfortunate incident in his life has been building up to this. Life may be cruel to Jamal but through this quiz show, life is about to redeem itself. Living life is certainly a form of education in itself and as the old folks say, experience is the best teacher.

So then begins the interrogation with Jamal. He walks us through his life and explains how he knew the answers to the game show questions. In the eyes of Jamal, we see how his mother was brutally killed in a Hindu-Muslim riot, how he was forced to beg on the streets by a mob of child exploiters, how he escaped their clutches, how he met his first love Latika, how his brother Salim intentionally separated him away from Latika, and how he found her only to lose her again. The narration segues from tiered flashbacks to the videotaped game show.

The inspiring love story between Jamal and Latika may be the emotional jolt that gives the film a humanistic touch, but to label “Slumdog Millionaire” as a simple love story would be an unqualified insult to Simon Beaufoy’s sweeping and tightly-penned screenplay that utilized Mumbai as a central character in itself. We see the shanty houses as they turn into skyscrapers. We take a glimpse at the harrowing criminal underworld abundant with cold-blooded murders, greed, brutality, and exploitation. The expose on the roundabouts of the Third World life gives the film an undeniable social resonance.

Meanwhile, Danny Boyle’s commanding direction guides us through the nooks and crannies of Mumbai’s alleys to give us a personal tour of the city – not afraid to show the gritty and the dirty. With the film’s frenzied pace and dynamic camerawork coupled with an eclectic score, we find beauty in the ugly. In “Slumdog Millionaire”, the grotesque marries the exuberant to produce a vivid travelogue reeking of vivacious energy and effervescent colors. 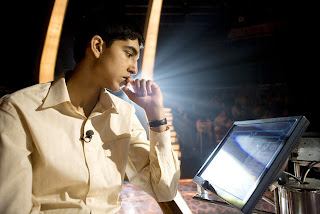 And now, Jamal is only one multiple-choice question away from 20 million rupees and a chance for the better life fate has kept him away from for 19 years. Will he get the correct answer? Will he use his last lifeline – call a friend? Yes or no? Is that your final answer?

In the heart-thumping climax, we become witnesses of cinema’s most intense dramatic build-up. It is an ultimately gratifying finale, but it is inevitable not to be moved to tears. The coherent script ties all the elements together in panache of grand visuals and exploding emotions. “Slumdog Millionaire” is no doubt the best film of the year.
Review: Slumdog Millionaire (5/5)
2009-01-20T01:01:00-08:00
Fidel Antonio Medel
danny boyle|dev patel|freida pinto|Movie Reviews|slumdog millionaire|
Comments

If the eight movie posters that I posted recently aren't enough, then here's more. My personal rule is that: only one poster per movie can make it to the list. But since most of the movie posters included in my Top 8 have more than one incredibly good poster in its collection, I've decided to post these as well. 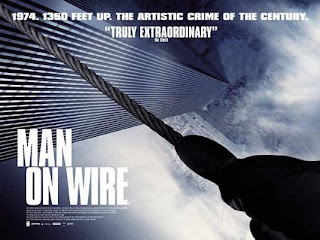 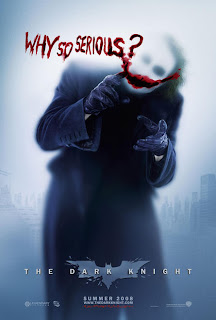 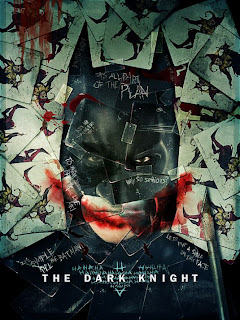 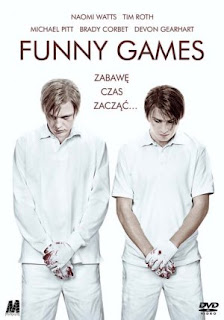 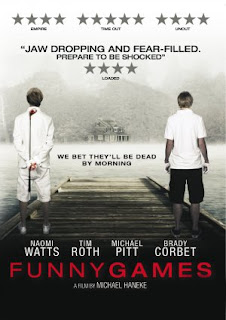 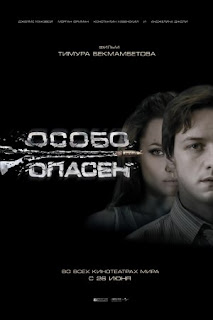 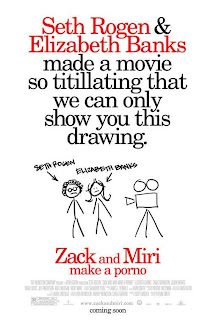 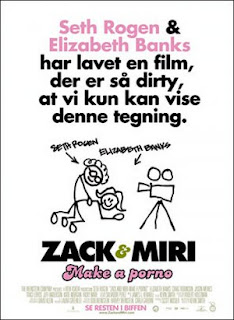 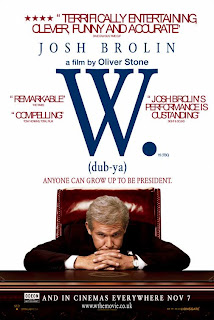 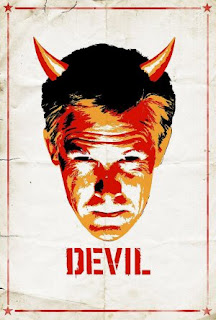 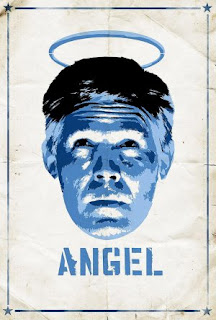 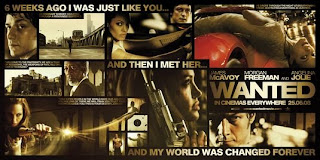 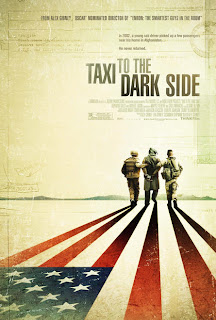 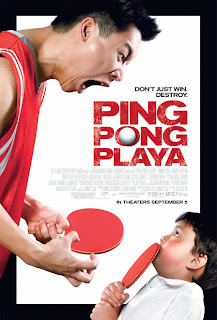 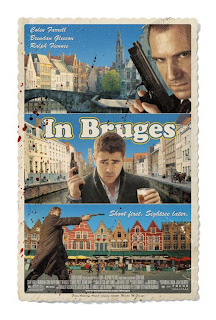 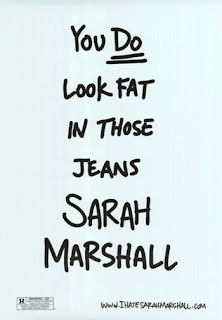 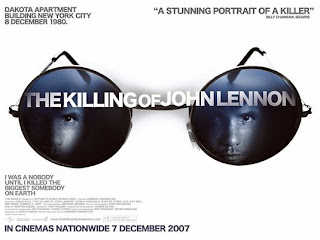 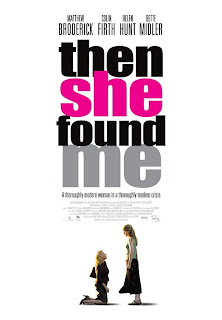 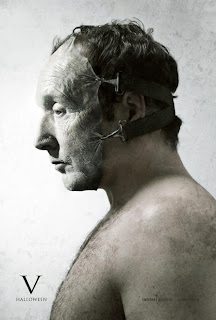 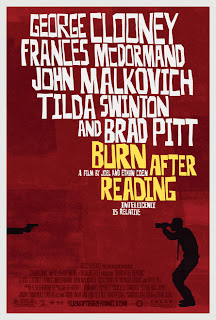 And now, here's the teaser poster of the next Batman movie, the follow-up to Christopher Nolan's critically acclaimed and box-office smash "The Dark Knight". No word yet on what its title is gonna be. From the looks of it, I guess you already know who the next Batman villain will be. Clue: Let's put a question mark on that face of yours. *wenk wenk wenk* 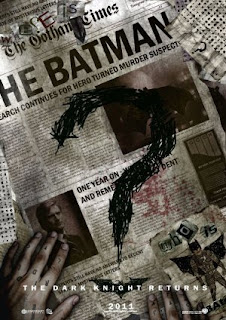