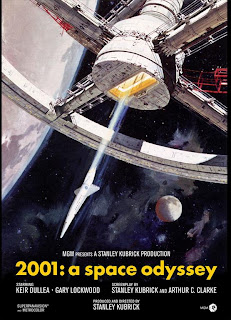 TAGLINE: Let the awe and mystery of a journey unlike any other begin.

THE GIST: As man tries to solve the mysteries of outer space, they find out that there’s more out there than they have ever imagined.

MOVIE GUIDE SAYS: A beautiful, confounding picture that had half the audience cheering and the other half snoring.

I SAY: There are plenty of reasons why it is hailed as the greatest science fiction film of all time – the enthralling visual effects, the poetic use of classical music, the ingenious jumpcut from prehistoric to futuristic, the enigmatic monolith, and of course, HAL the supercomputer supervillain. Despite the puzzling fourth segment, Kubrick’s space ballet is irresistibly hypnotic.