Film Logs: A Hodge-Podge of Movies 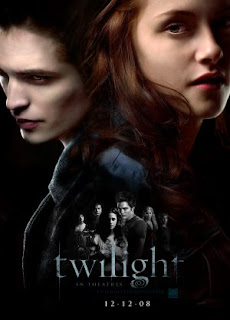 TAGLINE: When you can live forever what do you live for?

THE GIST: A vampire falls in love with a mortal. Plus cheese and more cheese.

DAILY TELEGRAPH SAYS: I watched Twilight in a cinema full of young girls who, when they weren't texting friends and guzzling soft drinks, giggled, sighed and exhaled with a passion that was not only endearing, but a measure of its emotional truth.

I SAY: There is a lot to hate in the way this film was made – awful scoring, ineffective cinematography, amateur effects, and subpar direction. But the film rose to the occasion by banking on the charms of Stephanie Meyer’s cheesy love story. It may not possess the perfect formula to capture the adoration of snotty critics, but it is more than enough to make the fangirls swoon. 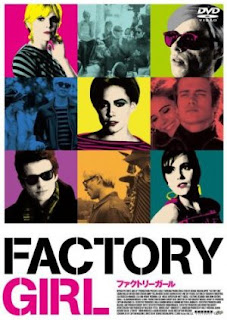 TAGLINE: The Fame. The Spotlight. The Scandal. The Party's About To Begin.

I SAY: Still an engaging true-to-life expose on the 1960s young elite and underground art society despite some inconsistency issues. 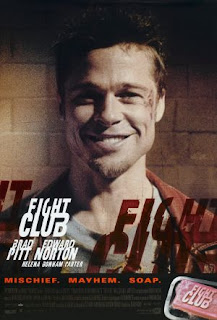 TAGLINE: Losing all hope is freedom.

BEST LINE/S: Advertising has us chasing cars and clothes, working jobs we hate so we can buy shit we don't need. We've all been raised on television to believe that one day we'd all be millionaires, and movie gods, and rock stars. But we won't. And we're slowly learning that fact. And we're very, very pissed off.

The things you own end up owning you.

Edward Norton (a property of insomnia, chronic frustration, and dementia)

Brad Pitt (pronounces anarchy as eloquently as The Joker) 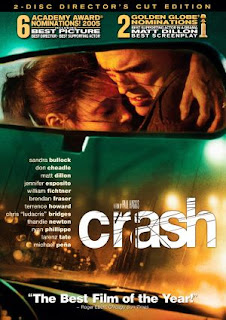 DIRECTOR: Paul Haggis (In the Valley of Ellah )

TAGLINE: Moving at the speed of life, we are bound to collide with each other.

BEST LINE/S: It's the sense of touch. In any real city, you walk, you know? You brush past people, people bump into you. In L.A. , nobody touches you. We're always behind this metal and glass. I think we miss that touch so much, that we crash into each other, just so we can feel something.

I SAY: It has its big moments (I would like to single out the car explosion scene of Newton and Dillon. Tear. Tear.) but it could have tackled the issue on race relations and racial discrimination in LA more subtly. 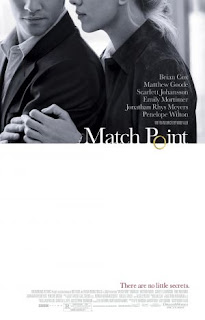 BEST LINE/S: The man who said "I'd rather be lucky than good" saw deeply into life. People are afraid to face how great a part of life is dependent on luck. It's scary to think so much is out of one's control. There are moments in a match when the ball hits the top of the net, and for a split second, it can either go forward or fall back. With a little luck, it goes forward, and you win. Or maybe it doesn't, and you lose.

NEWSDAY SAYS: [The film is] suffused with a Fitzgeraldian glow of bittersweet romance and ruefulness among the elite.

I SAY: A blistering ménage-a-trois of deceit, obsession, and desire. The role that luck plays in the process, and why luck is more important that either wits or skill. 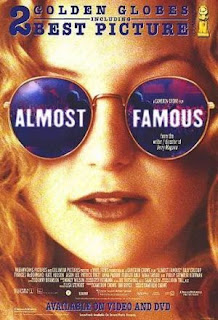 TAGLINE: Experience it. Enjoy it. Just don't fall for it.

THE GIST: An aspiring Rolling Stones journalist gets his chance to tour with and write about an up-and-coming rock band.

ROTTEN TOMATOES SAYS: With its great ensemble performances and story, is a well-crafted, warm-hearted movie that successfully draws you into its era.

I SAY: It celebrates rock ‘n roll with the fervor akin to a groupie, while at the same time, mocking the ‘manufactured’ state of the music industry.