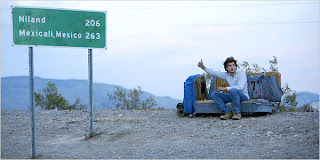 Watching movies allowed me to travel to places – fictional or otherwise – and see life through the perspective of others. In “Into the Wild”, a film written and directed by Sean Penn, I empathized with Christopher McCandless (Emile Hirsch) who wanted to disconnect himself from this superficial world that shaped him into something unknown and unidentifiable. So he decided to run away from home, abandon his car, and burn all his money to christen himself as Alexander Supertrump – a hitchhiker, an adventurer, a liberated man.
We all have our own forms of escape. Some seek the comfort of a friend’s shoulder, the embrace of a loved one, the warmth of beer and whiskey, the smoke of a cigarette, and the illusion of happiness brought by party drugs. But Chris performed the greatest escape by leaving his good life behind to run away from the pangs of society and walk into the wild.
After two years of treating the road as his home, Chris prepared himself for his greatest adventure yet – to live all by himself in Alaska. His adventures are exhilarating and are impressively caught on camera, ala NatGeo. His views on life are likewise inspiring and the people he met along the way gave this film of adventure and freedom an emotional depth.
Being based on a true story, this is the type of film that makes moviegoers rethink about the life they are leading. I can’t help but reflect on my own while watching this. The film is more than just about rebellion. It focuses on man’s need to break away from everything at one point in his life to regain his sanity and allow him to understand himself better. Our over-dependence and insatiable craving for more money and greater power only give us artificial happiness. Only by liberating ourselves from the things that imprison us subconsciously will we be truly happy.
Don’t miss this highly insightful film.