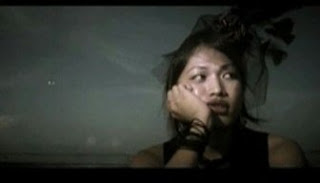 Quite frankly, there is nothing amazing about Raquela Rios, a Filipino transvestite prostitute who dreams of walking in the streets of Paris with his Prince Charming in the form of an affluent, straight Westerner. As much as I want to root for our hero(ine)’s exploits, there isn’t much to love about this movie. The reason why she is called Queen is only given light during her ending monologue. It could have had more resonance if it was used in the beginning and reinforced as the story progresses. This angle, if explored properly, could have added layers that can make this amateurish film compelling enough. However, being a victim of a confused narrative, it engages in documentary-styled confessionals dwelling on the trivial, non-involving matters interspersed with Raquela’s cross-continental trip.

Essentially, it is just another film about transvestites, which happens to be made by an Icelandic national with a Filipino subject.