20 Films to Watch in Cinemanila

From over 100 films that will be screened in Dekada Cinemanila, moviegoers may get confused with the variety and volume of films competing for their attention. So here’s a rundown on 20 featured films in this year’s Cinemanila that I THINK are worthy of your time. I haven’t seen all these films, but the merits under their belts and their inviting plots seem enough to earn them a recommendation. 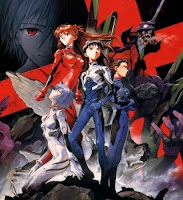 Evangelion 1.0: You Are (Not) Alone (Japan)
The Gist: The first of four films released in the Rebuild of Evangelion tetralogy based on the original anime series Neon Genesis Evangelion.
Why You Should See It: Let’s all relive those anime marathons on the AXN channel. I know “Neon Genesis Evangelion” is one of our childhood addictions that forced mommy to impose a TV curfew.
Confessional (Philippines)
The Gist: A dying ex-politician confesses his sins and crimes when he was still in office in front a filmmaker’s camera.
Why You Should See It: Said to be one of the most important Filipino films of last year, reaping nominations left and right from here and abroad. 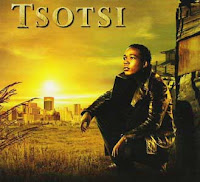 Tsotsi (South Africa)
The Gist: A cold-hearted teenage criminal finds a baby at the back of a car he hijacked. You know what’s next.
Why You should See It: Expect a whole lotta melodrama, but it’s all done in good taste, because if not, this movie couldn’t have won the 2006 Academy Award for Best Foreign Language Film.

The Band’s Visit (Israel)
The Gist: The Alexandria Ceremonial Police Orchestra finds itself lost in the middle of the desert.
Why You Should See It: The synopsis doesn’t really sound inviting, but the hype that surround the film makes me curious. Dubbed as this Cinemanila’s “The Live of Others”, this film garnered the Special Jury Prize (Un Certain Regard) during the 2007 Cannes Film Festival and raked positive reviews from critics all over the world. 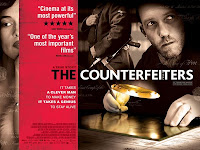 The Counterfeiters (Austria)
The Gist: The inspiring true story of a pre-World War II criminal.
Why You Should See It: A brilliant performance from lead actor Karl Markovics and an Oscar award for Best Foreign Language Film for 2008.

The Amazing Truth About Queen Raquela (France)
The Gist: A Cinderella story of a Filipino transvestite searching for his prince charming.
Why You Should See It: Raquela Rios of Cebu Citeeeeee plays herself in what was supposed to be a documentary. This film screened at the 2008 Berlin International Film Festival won the Teddy Award for Best Feature Film. 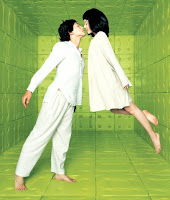 I'm a Cyborg, But That's OK (South Korea)
The Gist: Park Chan-Wook directs a romantic comedy set inside a mental asylum.
Why You Should See It: Black looks good. My name is Rain.

The Love of Siam (Thailand)
The Gist: After being separated, two best friends confront their feelings for one another.
Why You Should See It: Thailand’s cult gay film, need I say more?

Kaleldo (Philippines)
The Gist: Three sisters. One wedding. A plethora of emotions. And the summer heat.
Why You Should See It: The film is divided into three segments narrated in the point of view of the three sisters with symbolical elements attach to each depending on the foreboding emotion prevalent in the segment. Style, style, style.
Late Fragment (Canada)
The Gist: There are three strangers and they will kill each other. Weeeeh!!! And yeah, you need to click the button before they do that.
Why You Should See It: This is an interactive film. A remote control will be passed around the audience to turn the direction of the narrative. This is a step ahead of the alternate endings of soap operas wherein we have to text our votes for our desired ending.

Sita Sings the Blues (US)
The Gist: Ramayana. I forgot what that is. Go Google.
Why You Should See It: An epic tale starring shadow puppets singing jazz tunes. This is too cool for school.
PVC-1 (Colombia)
The Gist: The harrowing true story of terrorism. A woman turned into a human time bomb.
Why You Should See It: Premiering at the 2007 Cannes Film Festival, this 84-minute film was shot in real-time – no cuts and no second takes. 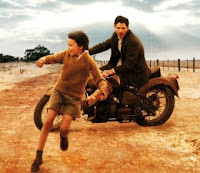 Romulus, My Father (Australia)
The Gist: A drama from Raimond Gaita’s memoir of his struggles in a foreign country with his father.
Why You Should See It: Eric Bana stars in this Australian Film Institute’s Best Film of 2007.
Tirador (Philippines)
The Gist: Quiapo. Elections. Holy week. And the intertwined lives of Caloy, Leo, Rex, and Odie.
Why You Should See It: Recipient of the Caligari Film Award during the 2008 Berlin International Film festival, this more modest feature from Brillante Mendoza (in contrast to “Serbis”) has made the rounds in international filmfest circuit.

You, The Living (Sweden)
The Gist: A tragicomedy starring an overweight woman, a disgruntled psychiatrist, a heartbroken groupie, a carpenter, a business consultant, an elementary school teacher, and many others.
Why You Should See It: Offbeat and innovative, the narrative of this film is told in succession of 50 short sketches.
Babae Sa Breakwater (Philippines)
The Gist: An urban tragedy about the slums of Manila brimming with eroticism and emotions.
Why You Should See it: Aside from being featured in the Director’s Fortnight section of the Cannes Film Festival, this film went on to bag the Best Picture award from Gawad Urian and YCC. 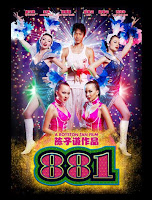 881 (Singapore)
The Gist: Two Singaporean girls join together to form the Papaya Sisters, a getai group.
Why You Should See It: I love musicals and I’ll grab every chance I’d get to see a Foreign-language musical. “Love Songs” from France didn’t disappoint. I hope this Singaporean musical dramedy wouldn’t too.
Sukiyaki Western Django (Japan)
The Gist: An epic tale of blood, lust, and greed.
Why You Should See It: This film is helmed by Japanese cult director, Takashi Miike who is responsible for “Ichi, the Killer” and “One Missed Call”.

Ten Canoes (Australia)
The Gist: Ten canoes, three wives, one hundred and fifty spears… trouble.
Why You Should See It: Dubbed as the first full-length feature in Aboriginal language, this film won a special jury prize at the 2006 Cannes Film Festival. Film critics still haven’t gotten over this one-of-a-kind film.

Noise (Australia)
The Gist: The search for truth, for witnesses, and for the killer behind a heinous crime.
Why You Should See It: We all love crime movies. This film follows not the killer or his persecutors, but everyday people whose lives were stirred by the events.


Not included in this list are the documentaries and shorts, since I’m not into those. Also not included are the films competing for the Digital Lokal award. I’m planning to see them all anyway, and I hope that you do too. See you at Gateway guys.