We’ve seen enough twins separated by birth to last us three generations of generic soap operas. In Kimmy Dora, Kimmy and Dora (both played by Eugene Domingo, ang bagong diyosa ng pagpapatawa) are very much together. They are the daughters of a business tycoon who owns a mammoth conglomerate (patterned after John Gokongwei). Aside from the twin’s identical looks, they share nothing else in common. Kimmy is a raging, rampaging bitch who runs the family business by throwing a fit at everyone and throwing punches at her poor secretary (Miriam Quiambao as Gertrude). Wanna know how bitchy this Miranda Priestly incarnate is? She fired a management trainee just because the latter is wearing the same dress as hers. On the other hand, Dora is the sweet (oftentimes, too sweet) but dimwit sister. It’s the classic case of sibling rivalry over the affection of their dad (Ariel Ureta), his inheritance, and the boytoy (Dingdong Dantes). 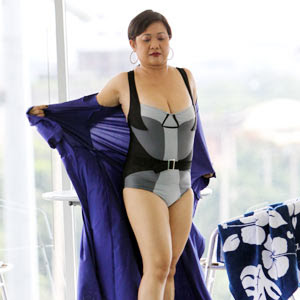 In a time when good Pinoy comedies are of a dying breed, we are reminded that there’s till hope. Thanks to thespian Eugene Domingo, director Joyce Bernal, and screenwriter Chris Martinez. Trading in the bad habits of TVJ and Dolphy movies with snappy witticisms and sheer outrageousness, here comes a comedy that’s actually funny. It’s also a display of good characterization and most of all, of good acting. Eugene can switch from naïve Dora to fierce Kimmy in a bat of an eyelash, but she does it best when she fused these quirky characters together. We roll in laughter as the semi-retarded Dora imitates her intelligent but temperamental sister. Those scenes alone already pay for the price of the entrance ticket. 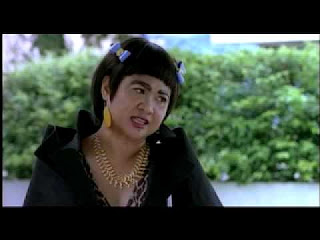 I also liked the fact that the film did not self-censor itself to appeal to a ‘broader’ audience by trying to reduce its PG-13 classification down to GP. They could have bleeped the random utterance of “puke” and “Peter Piper picked a peck of pickled pekpek” to be kid-friendly, but the filmmakers showed us that they have balls to pull it off.

Kimmy Dora doesn’t talk down to us as if we’re stuck on Stone Age comedy. Although the film is not spared from slapstick, it was done in moderation and in a way that illicit giggles instead of hisses. It can also do without the ugly CGI and the ending song number. But even in its imperfect form, Kimmy Dora is still the most hilarious Filipino comedy of the late (only rivaled by 100, another comedy penned by Chris Martinez). 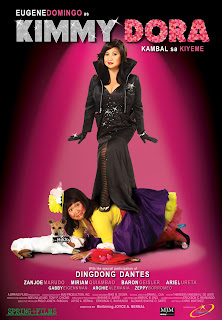 So do I still have to tell you to watch this comedy? If you’re as dense as Dora, then let me tell you this: Kimmy Dora is the funniest comedy you’ll see this year, so do yourself a favor. You deserve this treat.

some await your review for in my life. hehe

Too busy with work to write a review right now. But I'll come up with something soon. ; )