The Year in Pixels and Kernels: Most Commented/Viewed Blogs

I'm cross-posting this from my Multiply site. From January 1, 2008 to February 17, 2009, I’ve posted a total of 86 blogs and 118 movie reviews – a feat that I may not be able to surpass this coming year. That translates to hundreds, even thousands, of hours spent in front of the computer blogging and surfing the Internet. So that explains my occasional bouts with headache and what could be a carpal tunnel syndrome. Nevertheless, I had fun doing this and I feel elated to find out that people here in Multiply actually read my shit. And so, I browsed through all of my blogs and movie reviews for 2008-2009 to see which posts received the most views and most comments. Here is the honor roll:

Instead of merely posting the nominees for the 81st Academy Awards, I’ve decided to include my rants and raves on the surprise nominees and the occasional snubs of the Oscar voters.

Excerpt:
But this Oscar’s biggest surprise involves Kate Winslet. She may have won a Golden Globe for her intense portrayal as April Wheeler in “Revolutionary Road”, but Oscar doesn’t seem to give her any credit for it. Instead, the 5-time Oscar nominee nabs a Best Actress nod for her role in “The Reader”, where she recently won Best Supporting Actress in the Golden Globes.

The title refers to the number of words I used to describe myself using the third person point of view in this blog. We all should plead guilty of writing too much about ourselves. If narcissism is a crime punishable by death, I’ll be among the convicted lined up for the deathrow.

Excerpt:
He hates labels. He is a bad ass, a dork, a nerd, a rebel, a know-it-all, a braggart, an ordinary person who doesn’t want to be called ‘ordinary’. He is a walking irony. His life is a melodramatic sitcom. 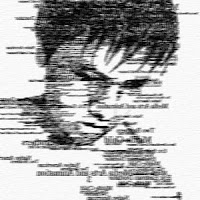 As a fanatic moviegoer, I also developed an infatuation with movie posters. So with the help of http://www.impawards.com/, http://www.movieposterdb.com/, and Yahoo! Movies, I was able to compile my list of the best posters of 2008.

Here comes a lazy blog. I merely re-posted the list of Golden Globe winners, decorated it with pictures, christened it with a title worthy to be a showbiz magazine headline, and voila! 25 comments!

It took me weeks to populate this list but I’m glad I did it because it was sure worth it. My friends in Multiply commented about my rankings and debated on Katrina Halili’s awkward Maxim pose.

Excerpt:
8. Katrina Halili, Maxim
The bejeweled brassiere served as her ticket to the list. But admit it, Katrina Halili is such a hot property that she could wear just about anything (and that includes a sushi underwear) and will still look hot. However, something doesn’t look right in this photo. Could it be the smirk? The neckline? The hip? Or are my eyes just fooling m? Iis this really Katrina Halili or is this a drag queen?

Here I go again writing about myself. This time around, I was asked by the section editor of Philippine Entertainment Portal (http://www.pep.ph/) to write a three-paragraph bio-note in three hours. The idea is that she will publish parts of it at the end of the movie reviews I contribute for PEP.

Excerpt:
Despite the fact that his first love is writing, Fidan did not pursue creative writing or journalism in college. He wants to get rich, and writers don’t get rich. Instead, he obtained a degree in Business Administration from the University of Santo Tomas wherein he graduated with Latin honors, leading to a career in the corporate world as a Management Trainee under JG Summit. At night, he takes off his business attire and wears his writer self. Indeed, first love never dies.

This is actually more of a teaser (so that people would buy the FHM July issue) than a blog. Tricky, tricky world of marketing. I don’t even know why I did this in the first place. Obviously, it’s not a part of my job description, but perhaps it is a labor of love. 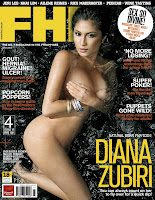 I wrote this for Bounce Magazine but the Editor-in-Chief asked me to re-do the article for reasons I dare not elaborate. I thought this feature is witty, semi-comical, and utterly satirical. It was great article to begin with, so I refused to change any part of it. That’s why, it wasn’t published, and instead a lame replacement from another Thomasian took its place. Bitterness.

Excerpt:
In school, we have seen all sorts of weirdos. There are DOTA freaks, homosexual ROTC officers, ultra-blond cheerleaders, cross-eyed nerds, wrist-cutting emo’s, retards, and Koreans. But if you think the only thing that can be weird in school are the students, then think again. Escalating the definition of weirdness to new heights are several colleges and universities that have inculcated some pretty peculiar courses in their curricula. Here’s a look at 7 weird degrees currently being offered in the country. Mind you, all of these are legit! 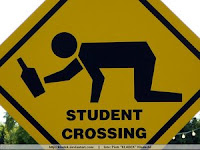 Most commented and most viewed. And its lead over the second placer is by a mile. That does it for me, I’ll write another one like this for 2009.


MY FAVORITE BLOG: 20 Films to Watch in Cinemanila

I was dead bored one afternoon and Dekada Cinemanila is fast approaching, so I’ve decided to Google every single film slated to be shown on the said filmfest. Using their synopses and accolades, I wrote my ‘definitive‘ list of films to watch during the biggest international film festival in the country today. Now, this is what I call a labor of love.

Excerpt:
Evangelion 1.0: You Are (Not) Alone (Japan)
The Gist: The first of four films released in the Rebuild of Evangelion tetralogy based on the original anime series Neon Genesis Evangelion.
Why You Should See It: Let’s all relive those anime marathons on the AXN channel. I know “Neon Genesis Evangelion” is one of our childhood addictions that forced mommy to impose a TV curfew. 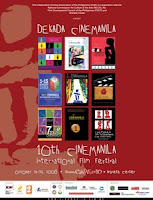 
STILL TO COME ON “THE YEAR IN PIXELS AND KERNELS”
The most commented/viewed movie reviews posted in my Multiply site, my pick for the best films of the year, and the worst films I’ve seen this year.