New York Film Critics Circle Awards are given annually to honor excellence in cinema worldwide by an organization of film reviewers from New York City-based publications. It is considered one of the most important precursors to the Academy Awards. Founded in 1935, the New York Film Critics Circle's membership includes film critics from daily newspapers, weekly newspapers and magazines. In December of each year, the organization meets to vote on awards for films released in the previous calendar year. 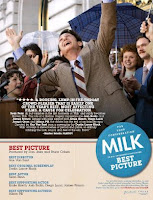