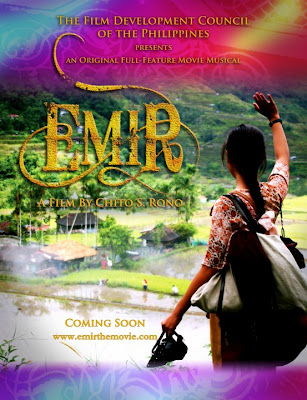 Given the intrinsic musicality of Pinoys, it’s strange that we haven’t produced a movie musical for a long while. The last one that I’ve seen was the big screen adaptation of the stage musical Zsa Zsa Zaturnnah. But prior to that, it would take us back to the heydays of LVN Pictures and Sampaguita Pictures to find a Filipino movie musical.

Why aren’t we making musicals anymore? Maybe because the industry is too lazy to craft them. Creating a musical takes time and entails a lot of effort. Aside from writing the screenplay, the filmmakers have to worry about composing the songs and choreographing the priduction numbers. It takes months and even years to produce a musical, in contrast to backyard dramas that can be finished in seven days. Or maybe the big film studios don’t think musicals will be profitable in the box office. This gives me more reasons to admire the of the Philippines (CCP) and Film Development Council (FDC) for helming Emir. I doubt that the producers will recoup the money they invested to make this ambitious project, though I hope I’m wrong. I applaud their dedication to revive a genre of movies that has remained untouched for years.

Inspired by real events, Emir tells the heroic story of a provinciana OFW who puts her life in peril to protect the crown prince of an emirate in the Middle East. Amelia (Frencheska Farr) trades her idyllic life in the mountainous region of Ifugao to work as a nanny of the Sheik’s royal family. Despite her lack of experience, the Sheik’s wife chose her to be the yaya of the newborn crown prince. During the onset of the Gulf War, foreign invaders assaulted the palace. The young prince was hunted down but Amelia rears him to safety, thus risking her life in the process.

The plight of overseas Filipino workers (OFWs) has been translated to the filmic language numerous times. We’ve seen a migrant worker in the Lombard metropolis juggling multiple jobs (Milan), a grade school teacher who opts to work as a healthcare provider in United Kingdom (Caregiver), and a domestic helper in Singapore who is charged of murder (The Flor Contemplacion Story). The basic premise stays the same–the Pinoy works abroad in search of greener pastures. The same is true for Emir, directed with technical proficiency and gusto by Chito Roño. What distinguishes Emir from other movies that tackled the OFW phenomenon is that it is a musical.

The heart and soul of a musical lies in its songs. Unlike your favorite TV-musical Glee, the characters do not break out into a song just for the heck of it. The songs are intricately interwoven into the storyline. In fact, the songs tell the story. They take the place of spoken dialogue. They articulate emotions that are best expressed through music. Emir boasts of over 20 all-original songs. There are emotive ballads like Bakit Ako Naririto, the film’s signature song; O, Maliwanag na Buwan, a poignant song that echoes heartbreak and loss; and Hindi Ko Pinangarap, the powerhouse duet between Dulce and Frencheska. There are also campy musical numbers like Bawang, Mais, at Tabako, the film’s opening act, and Turistang Yaya, sung to maximum comedic effect by the nannies. But my favorite would have to be Buti Na Lang, a sweet love song performed by Frencheska and Sid Lucero, which will make audiences swoon.

However, some of the songs are a bit too long. The beginning may bore the audience with its salvo of song numbers. The first 20 minutes is cramped with too many songs but too little dialogue. But it all goes uphill once the six nannies (played by Dulce, Kalila Aguilos, Liesl Batucan, Julia Clarete, Melanie Dujunco, and Beverly Salviejo) are introduced.

Frencheska delivers what is expected of her. She is a great vocalist and a decent actress. However, she lacks the emotional range of more experienced actresses. Although she has established chemistry with Sid, her on-screen love interest, she cannot hold a candle to some of her co-stars particularly Dulce and Kalila Aguilos.

The craftsmanship behind Emir is overwhelming. Meticulous attention was given to every nook and cranny of the production–the set design, costume, make-up, art direction, cinematography, etc. This is an epic production in every sense of the word. In fact, I haven’t seen any other Filipino film of this caliber before. Indeed, this will be a defining moment in Philippine cinema. 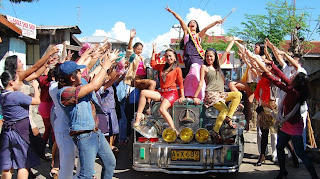 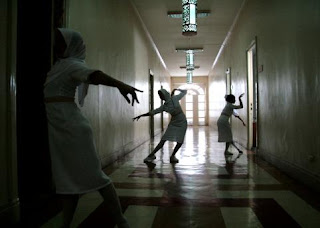 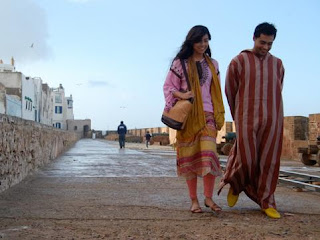 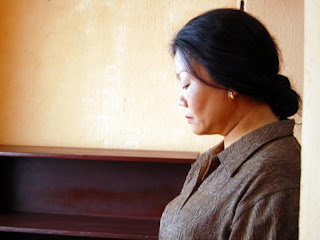 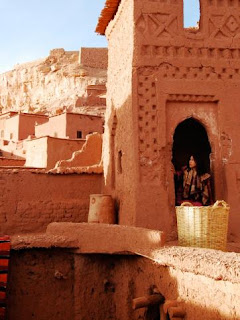 this is a must-see, i should like watch this than Noy

Noy is nowhere near the grandiose production of Emir. I hope many people will see it. It's definitely worth your while.

not quite true. the 90's saw a handful of musicals based on the OFW experience, such as "do re mi" and "april boys: sana'y mahalin mo rin ako", both about filipino entertainers dreaming to make it to japan.

the most recent pinoy movie musical wasn't zaturnnah, but the animated "urduja".

i thought emir was far from original, and a colossal waste of taxpayers' money. i rather want CCP and FDCP to offer a public apology.

for some weird reason, my dream pinoy film musical would either be an adaptation of ramahari/rama't sita. i think the exotic, not to mention fabulous, setting and GREAT music would translate very well into the big screen :D

nice blog ya got here. hope you don't mind if i follow ;)

Personally, I don't consider the likes of "Do Re Mi" as musicals. In the same way that I don't consider Glee as a musical. They may have musical numbers, but more often that not, these numbers have little to do with the storyline. In musicals, the lyrics of the song take the place of spoken dialogue. But that's just me.

I'm not claiming that Emir is perfect. The ending was rushed. Frencheska is so-so. Some songs are way too long. But looking at the film in its entirety, the pros outweigh the cons. Filipino filmmakers are often criticized for being lazy. Emir is far from being a manifestation of lazy filmmaking. That alone, is admirable.

That's an interesting choice. If only we can find producers who will invest in these worthwhile projects. But first, we need to make these producers realize that there is a market for these films. As supporters of Philippine cinema, I think it's high time that we go out and watch our home-grown movies.