Cinemanila is the only internationally recognized film festival in the Philippines today. Now on its 11th year, Cinemanila screens 70 full-length films from the Philippines, Southeast Asia, and around the world. Below are six films that I’ve already seen from this year’s line-up. Here are my capsule reviews:

The following films are ranked from my most to least preferred:

HUNGER (UK, Steve McQueen)
Rating: 4
Hunger chronicles the last weeks of IRA hunger striker Bobby Sands, protesting his status as a political prisoner, before completely succumbing to death in Northern Ireland’s Maze Prison. It is an unsettling portrayal of the resilience of man and the power of human determination. There is no other film as disturbing and as shocking. A purely visual spectacle that you should see at your own risk. 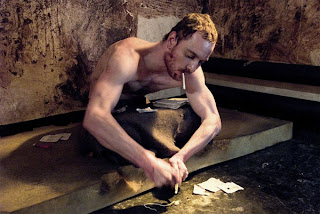 DINIG SANA KITA (Philippines, Mike Sandejas)
Rating: 4
What happens when the deaf-mute dancer meets the rock band singer, the calm meets the storm, the parentless meets the overprotected? The two make beautiful music together in Dinig Sana Kita. This film is a family drama, an advocacy, and an inspirational tale. It empowers the handicapped as well as normal people whose disability is the unwillingness to help themselves. It reminds us that the only thing that is impossible are those we refuse to do. 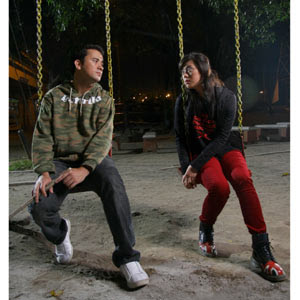 ENGKWENTRO (Philippines, Pepe Diokno)
Rating: 3.5
This callusing tale of moral corruption is not for everyone. Some will walk out of the theatre even before it is finished because of nausea. Others will complain that it is too stylized, while some will applaud this body of work as a bold and unforgettable piece of cinema. 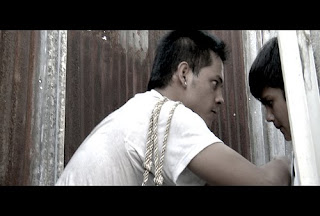 LET THE RIGHT ONE IN (Sweden, Tomas Alfredson)
Rating: 3
This curious love story rewrites the rules of the vampire genre. There are no cheap scares, no screaming victims, and no Edward-Bella mushiness. The narrative plays out like a somber ballad – controlled, moody, and haunting, but at the same time, sweet and charming. Let the Right One In is too tender to be a horror film, but too grotesque to be otherwise. 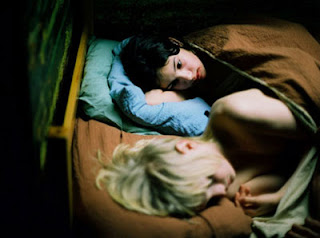 INDEPENDENCIA (Philippines, Raya Martin)
Rating: 3
What is independence for the common Filipino? The war is not always punctuated with mighty pens and blood-drenched bolos. The war also echoes faint cries of rebellion and unheard affliction of the oppressed. Instead of portraying the forefront of the war for freedom, Raya Martin invites us to look at the struggle from another angle. 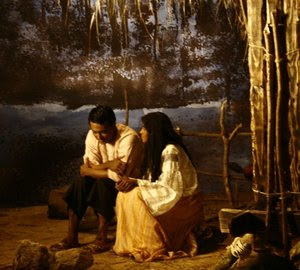 SERBIS (Philippines, Brillante Mendoza)
Rating: 2.5
With its striking visuals, we are transported to the dreary and decrepit movie house. We can smell the filth and feel the dirt on our sole. It works as a social commentary, but the metaphors don’t always make sense. 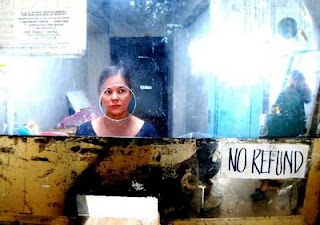 To see the complete screening schedule of the 2009 Cinemanila International Film Festival, go to

Hmmm... haven't been there... urgh Hunger will be on Oct 23, nasa aklan ako nyan, tsk tsk. OMG! Gosh, i want watch Inglorious basterds, it's on friday. That if i don't have exams or sumtin...

Sayang. I think there's already a torrent available for download. = )