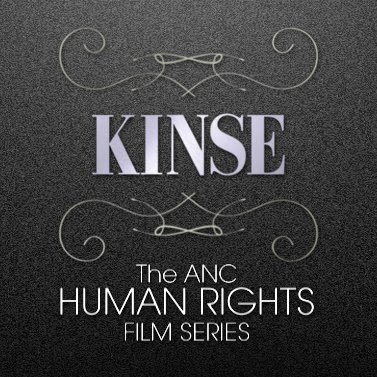 Human rights are probably the most basic of rights. These entitlements are inherent to every human being regardless of gender, race, religion, educational attainment, and social status. Human rights are universal. Ideally, everyone must enjoy these rights without discrimination or exemption.

But the world is far from being ideal. Women are abused by their partners. Children are forced to work to provide for their impoverished families. Gays and lesbians are discriminated in the workplace and in society by and large. Indigenous groups are stripped off their heritage. Journalists are slain for doing their job. The list goes on.

In light of these pressing issues, ANC (ABS-CBN News Channel) launches an omnibus film project titled Kinse. Kinse is the magic word for ANC as it gathers 15 filmmakers to make 15 short films to mark its 15th anniversary. This advocacy aims to portray the different sides of human rights violations prevalent in the country today. This is ANC’s follow-up to last year’s AmBisyon 2010, a collection of short films about the state of the nation in connection with the May 2010 elections.

Some of the best shorts are the ones laden with humor. Erik Matti (director of Gagamboy, Pa-Siyam, and The Arrival) tackle the most fundamental right – the right to live freely. His short film entitled The Stripped, Barenaked Truth is about a wannabe actress asking permission from her parents to do a sexy film. The banter between the daughter and her parents is hilarious especially when Anne Curtis's character screams: "Gusto kong maghubad!". This short is the most entertaining out of the bunch. It is insightful without being preachy. This comedy stars Anne Curtis, Gina Alajar, and Rez Cortez.

Richard Somes (director of Yanggaw and Ishmael) and Jon Red (director of Utang ni Tatang, Astigmatism, and Ang Beerhouse) pack a one-two punch with their respective shorts that touch on children’s rights. The first one is about two siblings scavenging for metal scraps. Despite its child labor theme, the short managed to remain light-hearted and funny. Having the same mood is Direk Jon’s Absent, which narrates how a boy spends time with his father the day he skipped school. Despite its simple narrative structure, the film is effective in reminding us of the simple joys of bonding with your family.

Meanwhile, filmmakers Ato Bautista (director of Di Natatapos Ang Gabi and a segment inCinco), Raymund Amonoy (assistant director of ANC’s Storyline), and Paulo Villaluna (director of Selda and Walang Hanggang Paalam, together with Ellen Ramos) explore the darker themes of human rights violations. Direk Ato’s Pilay follows a crippled man searching for justice for his murdered sister. The short film plays with our notion of justice. Just as we thought that justice is served for one man, another man is denied of justice. It stars Cholo Barretto and Archie Adamos.

Direk Raymund’s Ang Liham Para Kay Marco is a battered wife’s love letter to his lover. The film shows us the price of domestic abuse. It stars Sue Prado. Direk Paulo’s Intolerance, on the other hand, shows us the price of homophobia. It is about two best friends with one seemingly confused of his sexual orientation.

Similar to the themes in Joel Lamangan’s Deadline, Kiri Dalina (director of ANC’s Truths) and Mark Meilly (director of Crying Ladies and Baler) tackle extra-judicial killings and freedom of press in their short films. Activist filmmaker Kiri names the slain journalists and victims of the Ampatuan massacre, while Direk Mark shows how a radio commentator is silenced for voicing his opinions.

Filmmakers Kidlat de Guia (documentary filmmaker and son of reknowned director Kidlat Tahimik) and Auraeus Solito (director of Ang Pagdadalaga ni Maximo Oliveros, Pisay, andBusong) aim their lens at one of the most neglected right – the right of indigenous people. Direk Kidlat talks about the cultural preservation of tribal communities, while Direk Auraeus portrays the struggle of the Sambilog tribe in claiming their ancestral domain.

Nico Puertollano’s (New York-trained filmmaker and graphic artist) contribution to Kinse is very relevant considering the debate over the Reproductive Health Bill. His mini-documentary titled Labinlima is about a poor couple with 15 kids. Direk Nico interviews the head of the household about the use of contraceptive, her dreams for her children, and how they are struggling to make both ends meet.

Completing the list of filmmakers who have contributed their skills to this endeavor are Jim Libiran (Batch 2011), Raymond Red (Bangin), Ray Gibraltar (Ang Bayu ni Manilyn at Pekeng Duck), and Carlitos Siguion-Reyna (Choices).

This anthology of short films on human rights will be aired on ANC as a six-part TV special beginning on May 23 (Monday), 9:30 PM. Kinse will be hosted by actress and women’s right advocate Angel Aquino.